Start and there would be no stopping you –  Chimdinma Adriel Onwukwe

For YEARS, I have lived with this FEAR : YOU CAN NEVER BE AS GOOD AS THEY ARE.
I remember telling my mum that I don’t want to practice law. She was so upset with me. So upset that I became the topic of her morning prayers. I would constantly hear her say :

LORD, MAKE CHIMDINMA UNDERSTAND THAT SHE MUST PRACTICE LAW!

I would laugh and say AMEN!

But we all get broken at some point in time and THAT ‘S HOW THE LIGHT GETS IN.

So let’s say, I BROKE. Into tiny miserable pieces. Broken and shattered. These pieces were beginning to hurt me. And one day, I woke up and BEGAN FIXING. MENDING.

I became more beautiful when I broke.

Back to MOOT AND MOCK!

A moot court is an extracurricular activity at many law schools in which participants take part in simulated court proceedings, which usually involves drafting briefs (or memorials) and participating in oral argument. The modern activity differs from a mock trial, as moot court usually refers to a simulated appellate court or arbitral case, while a mock trial usually refers to a simulated jury trial or bench trial. Moot court does not involve actual testimony by witnesses, cross-examination, or the presentation of evidence, but is focused solely on the application of the law to a common set of evidentiary assumptions to which the competitors must be introduced. In most countries, the phrase “a moot court” may be shortened to simply “a moot” and the activity may be called “mooting”. 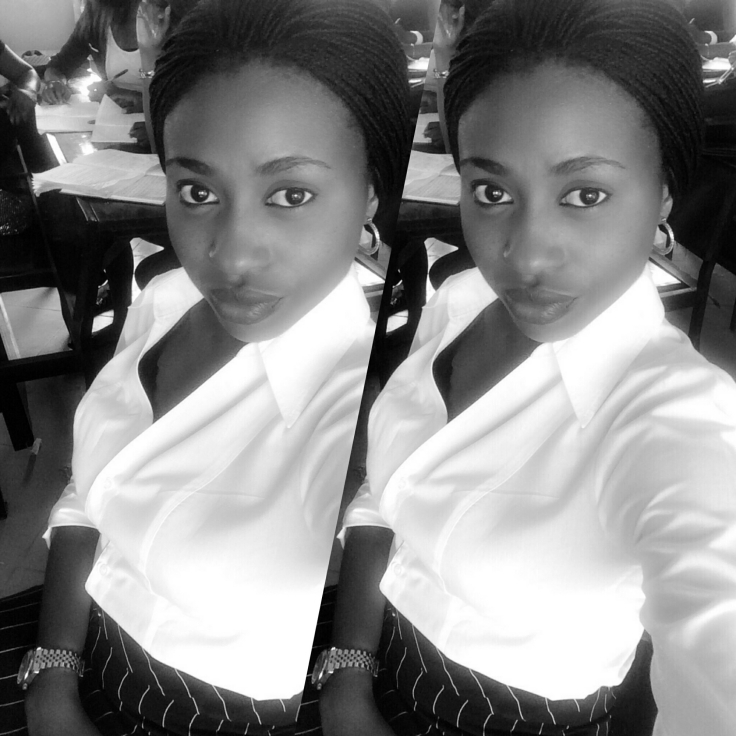 My faculty usually has this annual moot and mock competition. I had no idea why I raised up my mind to represent my chamber. But I was tired of RUNNING.

(Most of us are runners, running from what’s uncomfortable or what brings up fear.)

And so the intense training began. Late night rehearsals. #50,000 was at stake. I was fidgeting. My motor became :

GUYS, I DON’T THINK I CAN DO THIS. I AM NOT GOOD ENOUGH. I CAN’T. SOMEONE ELSE SHOULD DO THIS….

But thank God for good people. I scaled through one week of intense practice and rehearsals. As a result of my fidgeting, they decided to make me a Co-Counsel, instead of a lead counsel. Well, I was sad but I said : Co or Leading, Onwukwe Chimdinma, you must win BEST COUNSEL!

I woke up today, decked up in my suit. But was sad when one of my coaches said :

I told someone you were one of the counsel and he laughed.

The fear crept in. Chimdinma, you are finished…

But I couldn’t back down or out, not at the stage…

The trial came and went.

And my Chamber took the second Position…out of four other Chambers. We are sure of #30,000 now… LOL!
And Yours Truly was THE BEST COUNSEL!

SO WHO AND WHERE’S THAT GUYS THAT LAUGHED?!

After screaming, I stopped a cab and the driver decided to initiate a conversation. Which was very impressive, seeing as most cab drivers would just keep quiet and only talk to you when they want to collect their money.

ME : What programme Sir?

DRIVER : Your law programme naa, or habi hisit not law that you are doing ni?!

ME : Oh! Sir, it’s been great. Slow and steady but we will get there.

DRIVER : What would you like to do after school? Practice or Corporate law?

ME : Well, sir, I have never wanted to practice law. But I just had my first moot competition and I won best counsel. So maybe I’ll practice law.

DRIVER : Ahh?! You don’t want to practice before ni? Why?!

(Just so you know I was going to say, “I’ve been afraid and scared, the whole process of filing statement of claims and all that looked really difficult”)

DRIVER : I know why you are talking like this. IT IS BECAUSE YOU ARE A WOMAN!!!

ME : The feminist in me was already roaring.. No sir. I said that because for years I’ve been scared. Scared to try and scared to fail. But now I’ve done this, I’m not scared anymore. Being a woman has nothing, absolutely nothing to do with my love for law or my indifference towards it. It is ME! AS A PERSON. NOT AS A WOMAN!

I’ve come to understand that the mind is a very positive thing, when filled with positive thoughts only great things can happen. We are all victims of our minds.

I’m done running. I’m done speaking less of myself. I am capable of great things. I will revel in my little moot victory because I know MY BEST DAYS HAVE JUST BEGUN!

NO ONE IS BETTER THAN YOU. YOU ARE YOUR COMPETITION.

(HOPEFULLY, THERE WOULD BE A PART 2 OF THIS POST, AFTER THE MOCK TRIAL ON MONDAY)! There’s so much I want to say. But this should suffice.