If You Don’t Like Someone’s Story, Write Your Own… 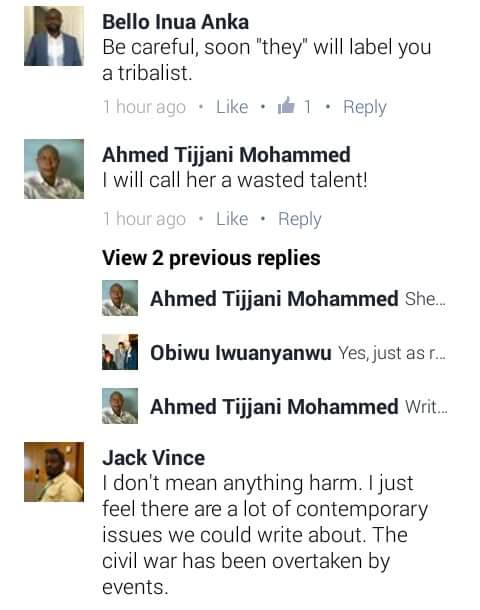 You all know Chimamanda means so much to me. She’s a sacred part of my existence. Part of my becoming, unveiling. Now imagine the anger I felt reading this myopic piece of Facebook post. With the internet everyone is at liberty to say something and some people say STUPID THINGS. Maybe out of frustration or plain boredom, I have no idea but what they say end up being completely stupid.

This UNCLE JACK said Half Of A Yellow Sun is the “over-flogged” narrative. My Jesus! Before half of a yellow sun people like me only had a faint idea of the Biafra war. I am Igbo. The Biafra story might not interest a Dolapo or a Kunle or an Aisha, but it interests me. It fascinates me. It is the past of my father who experienced the war at the age of 6/7, it is the past of my father who survived by eating frogs and it is the past of Nda Gold, my dad’s elder sister who walked every day from Ngor-Okpala to Mbaise just for food. It is the past of my maternal grandmother and her mother. My great grandmother pushed her children into the tiny window space of the train that was headed to Umuahia from Port Harcourt, with the tiny strand of hope that she would meet them at Ihite-Uboma.

But these stories were only told at home, not stirring much of a discourse until the arrival of the great book that changed the way we talked about the War. God bless Adichie for telling our story.

When Adichie wrote HALF OF A YELLOW SUN, Nigeria was still somewhat sane. The Bokoharam people were not constituting nuisance and the North was okay. Truth be told, Adichie isn’t really affected by the ongoing terrorism in the North. I’m sure she can come up with a story for it but it wouldn’t be her experience and it would be different. 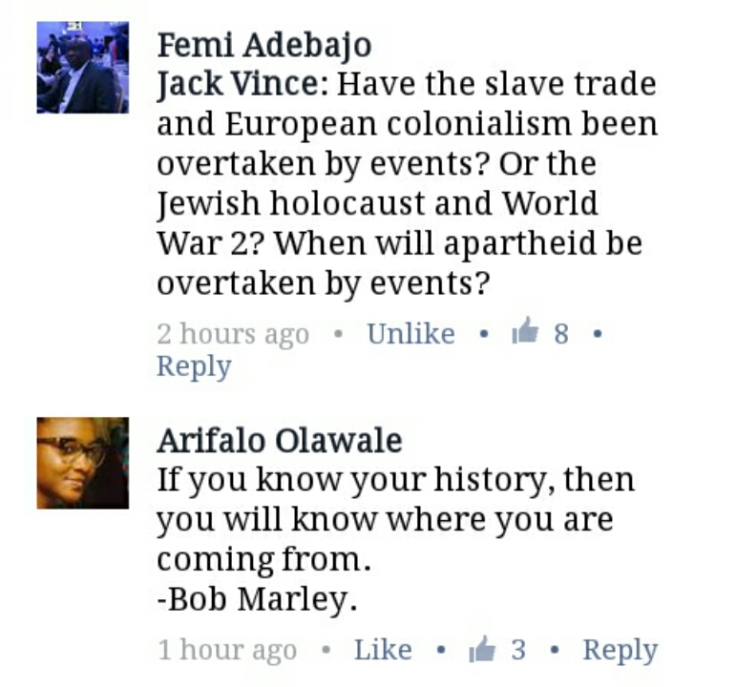 One day, someone would write about it but definitely not Adichie. Elnathan John gave us a glimpse of the Northern Narrative in his BORN ON A TUESDAY. In the words of Taiye Selasi;

“With brave, unflinching candor expressed through spare, unadorned prose, Elnathan John considers the rise of Islamic extremism in Nigeria as experienced by one young man. Anyone seeking to peer beyond the media’s portrayals of Boko Haram must read this book, not because it offers a hopeful account but because it offers a human one”

Think about it; How can I write something that I haven’t experienced?

Jack, we don’t need you reading anything on Nigeria-Biafra war. I’ll read. My people will read. Generations yet unborn will read. It is our story. Not your own. We await your tales. *Scoffs*

Half Of A Yellow Sun is how I got to really learn of the Nigeria-Biafra. It’s number 2 on my favorite novels of all times. 2nd only to Purple hibiscus. And 2nd maybe just because I read the other first. This Jack is jack. and jack(according to the dictionary, yeah) is NOTHING – Left-ear Magnus.

***
Now Uncle Ahmed Mohammed!! You’re a threat to National Security. Take it from me. People! I had a panic attack reading that thing he wrote. Eziokwu! My heart was just doing *gbim gbim* *gbam gbam*

So much for being a wasted talent! *phew*

I’m done guys. Can’t take it no more. So much for one Nigeria. *sigh*

So much to say but I’ll stop here. The Night Is Dark And Full Of Terrors.

9JA ISSUES, FOR THE LOVE OF BOOKS

8 thoughts on “If You Don’t Like Someone’s Story, Write Your Own…”