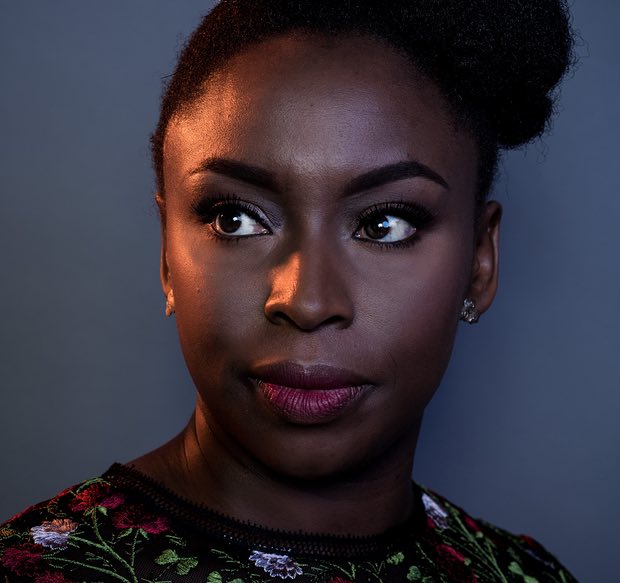 Chimamanda Ngozi Adichie: ‘There’s a self-righteousness to the ultra-left that’s hard for me to stomach.’ Photograph: Stephen Voss for the Guardian

Adichie’s voice is deep and rich in a very beautiful way and I found myself replaying the entire interview. Most of the things said in the interview are things Adichie’s loyal fans will be familiar with as she has talked about most of the things in previous interviews and Newspaper articles; but she had never mentioned Phyno, so this was new. I was eager.

Of Phyno she said;

I love his work, not just the song.

This song makes me nostalgic for a certain kind of home. It makes me nostalgic for the idea of being in my ancestral hometown and maybe there is a wine carrying, which is a traditional marriage ceremony and the gates of a compound have been flung open and people are walking in and out and they are all dressed up in very bright colours and the women have big ichafus; head-scarfs on and there is just an air of content joy, content togetherness.

So this song every time I listen to it, it just makes nostalgic for that idea of home.

Highlight of the interview was when the song was played. I was nodding like a lizard at work. HaHa.

I remember writing once;
Nigga Raw did so well, but believe me when I say PHYNO is the BEAST from the EAST. He makes Igbo language sound so beautiful. And for once I don’t want to even understand what he says. I just listen, FLAP MY ARMS and SHAKE MY BODY. His collaborations and features are out of this world.

Chimamanda is me in so many ways, hearing her talk about Phyno  (I love Phyno), depression and the practice of meditation made me feel at home.

Most Importantly, I love that she said she wants to give her daughter the option of faith.

This woman makes my heart swell….