THE OTHER SIDE OF MY COUNTRY 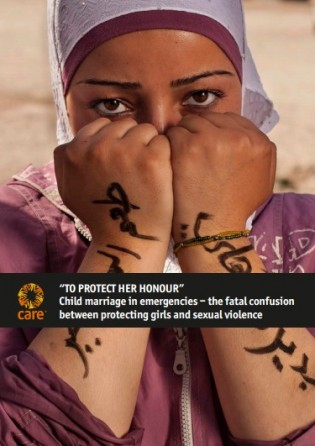 All Nigerians know about the above statement. We have all used it at one point in time.

Last week, I had my law of Equity Part 1 exam. Now, that’s one of the most ANNOYING EXAMS I have ever written in my life. The last time I felt that way about an exam was when I wrote MY MATHS, SSCE – Senior Secondary School Examination for West Africans. FEAR. CONFUSION. TEARS. BLACK OUT.
So you can imagine me trying to wrap my head around “Choses in Action”, “Equitable Maxims” and “Equitable Defenses”.
In my confused state of mind, one of the exam supervisors , MR. O, kept on making some annoying comments. He was trying to caution some girls that were “sharing Ideas” in the exam hall.
Do you know one of the things he kept on saying repeatedly with all seriousness??

“…YOUR MATES IN THE NORTH HAVE FIVE CHILDREN ALREADY…”

Right in the exam hall I knew I had gotten a new topic for my blog.

THE OTHER SIDE OF MY COUNTRY.

You see my country is basically divided into NORTH AND SOUTH.
While those in the South are very lucky to have access to education and freedom from some rather strict laws, I must say, those in the North are not so lucky. And you know who majority of “those” are? They are WOMEN. GIRLS.

The average girl with the average good foundation in the Southern part of Nigeria, dreams of graduating and having her MSC Degree before the age 24. That is if Jamb will allow you sha.
We are allowed to DREAM. To let our imaginations go far and wide. We are allowed to choose who ever we want to get married to. We are allowed to attain the highest level of education. We are allowed to BE WHATEVER WE WANT TO BE.
But this is not the same for majority of the girls in the NORTH. And with the way this BOKOHARAM menace is going on, these barbaric practices that are repugnant to natural justice, good conscience and equity, won’t fade away anytime soon.

A survey conducted by population council Nigeria office, on HIV/Aids and early marriage in Northern Nigeria, shows that the percentage of girls who are married by age 15, is much more higher in north than in the south. For example, North West alone has 35.8%, north east has 24.9%, north central has 7.7%, while south west has 0.7%, south-south has 2.4% and south-east has 0.4%. , most of the marriage below of 18years of age in northern Nigeria are forced married, and most of the victims are less educated, they lack opportunities and skills for income generating activities, and above all lack adequate knowledge of reproductive health, HIV/AIDS and STIs issues, and 1/3 of the marriages are polygamous with an average age of 18yrs between husband and wife.
The survey also shows that over 50% of the marriages are at an average age of 15years, and some of the risks associated with early marriage comprises of the risk to be HIV positive because of unprotected sex with spouse that are mostly older, maternal, infant mortality and pregnancy problems, susceptibility to health condition such as VVF, RVF, also limited involvement in decision making processes, and limited educational attainment.”

Next time you want to scold female students or any girl please be sure not to compare us with young girls in the OTHER SIDE OF MY COUNTRY AND THE OTHER SIDE OF THE WORLD. Because while I’m allowed to DREAM, they are not allowed to think for themselves. Because while I still ask and depend on my MUM and DAD who still believe I’m a baby at the age of 21, these girls have gone through pains I can only imagine. Pains I dread, they have experienced.

Compare us with girls who are making a difference and changing the world in the midst of cultures and practices that have reduced the girl child and females into nothing but sexual objects and child bearing machines.
Better still compare us with MALALA YOUSAFZAI who at a point was the MOST POPULAR AND IMPORTANT TEENAGER IN THE WORLD, who is still fighting against CHILD MARRIAGE FOR GIRLS and canvassing for the education of the girl child.

This is one of the different FEMINISMS.

BOKOHARAM:
BokoHaram is a jihadist group based in Northeastern Nigeria, also active in Chad, Niger and Northern Cameroon. Upwards of 1.5 million people have been displaced in the violence.

VVF :
Vesicovaginal Fistula, is an abnormal fistulous tract extending between the bladder (or vesico) and the vagina that allows the continuous involuntary discharge of urine into the vaginal vault.

RVF:
Rectovaginal fistula is a medical condition where there is a fistula or abnormal connection between the the rectum and the vagina.

6 thoughts on “THE OTHER SIDE OF MY COUNTRY”